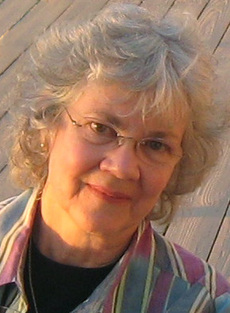 
Jung understood that one's "personal equation" lies at the heart of all theoretical understanding of the human psyche, as well as all psychotherapeutic practice.  It is difficult to describe one's own personal equation in a few words, as new horizons are always opening ahead, but I find myself retaining certain "touchstones" acquired from the experiences that have made me who I am.  Perhaps the most enduring of these touchstones came through a love of poetry, which reveals the power of the imagination, its freshness and its endless adaptability to the world in which we find ourselves.  Equally important for me have been experiences of motherhood, of the life of dreams, and of the natural world.  Finally, it was through my own analysis in Zürich that I became most firmly situated on my own center.  That is one experience whose richness I want to share with others.  And that is why I do the work I do.
In private practice in Charlotte, North Carolina, since 1996, I work with adults on an individual basis, paying respectful attention to dreams and supporting analysands engaged in a sandplay process.  Together with my husband, Howard Tyas, I regularly conduct seminars on Jungian topics, ranging from dreams and the exploration of traditional images of individuation to clinical concerns.  I have also led reading groups and weekly dream groups of 4-8 weeks' duration, in Charlotte and elsewhere in the Carolinas.  Listed below are some of the lectures and workshops which I have presented for groups such as the Charlotte Friends of Jung and the C. G. Jung Society of the Triangle.

Understanding the important therapeutic role of the imagination led me to a special interest in melancholic depression, a condition sometimes completely flooded by poisonous images and fantasies.  In my thesis for the C. G. Jung Institut/Zürich, I explored what a melancholic depression can mean for the individual sufferer, its presentation in the analytical setting, and attitudes on the part of the analyst which may best serve the work.  Stimulated by the limitations in traditional Jungian perspectives on severe depression, I focused on difficulties that individuals may experience when looking to therapeutic resources such as active imagination and artwork.

An active interest in such areas as natural history, marine biology, and Native American spirituality has at times led me far afield from academic psychology.  Involvement in women’s health issues brought me to an apprenticeship in midwifery and an appreciation of the importance of childbirth as a psycho-spiritual experience.  In my home state of Texas, I worked as a Spanish-English translator, counseling Hispanic women receiving medical care, as well as Central American refugees.  These occupations broadened my perspective as an analyst and reinforced the respect for diversity which is inherent in Jung's concept of individuation.  I have been a teacher of creative writing and, today, remain active in writing poetry.  My current reflections center around the intersection between depth psychology and environmentalism, exploring how we may cultivate meaningful, as well as  sustainable, relationships with the natural world.

"Linking the Outer and the Inner Moment: Living with Visual Symbols" (with Laura Buss) -
Workshop for the Charlotte Friends of Jung (2019)

"Marked: Tattoo as an Expression of Psyche" (with Laura Buss) -
Lecture for the Charlotte Friends of Jung (2019)

"Return to Earth" - Lecture/workshop for the Calgary Jung Society (2017)

"Coming into Relationship with the Natural World: a Jungian perspective" -
Lecture for the San Diego Friends of Jung (2016)

"Marked: Tattoo as an Expression of Psyche" (with Laura Buss) -
Lectures for the Los Angeles Jung Institute (2016)
& the Inter-regional Society of Jungian Analysts (the Chicago Invitational Conference, 2015)

"Seeing Nature through Different Lenses: Metaphors that matter" -
Lectures for the C. G. Jung Society of the Triangle & The Atlanta Jung Society (2014)

﻿“﻿ 'Gone ﻿fo﻿r ever':  Re-thinking Jung’s perspective on psyche’s relationship with Nature" -
Lectures for the International School of Analytical Psychology / Zurich (2011)

"The Great Seduction: The Feminine Works its Magic" -
Lecture for the C. G. Jung Society of the Triangle (2006)

"Diversity: A Jungian Perspective" –
Lecture for the C. G. Jung Society of the Triangle (2002)

"The Repentance of Faust: Why Not-knowing is Essential for Individuation" -
Lecture for the C. G. Jung Society of the Triangle (1999)

​"Herding the Ox: A Visual Meditation on the Individuation Process from Buddhist Tradition" -
Workshop for the C. G. Jung Society of the Triangle (1999)

"Nourishing the Imagination: The roots of creativity" –
Lecture for the Charlotte Friends of Jung (1998)